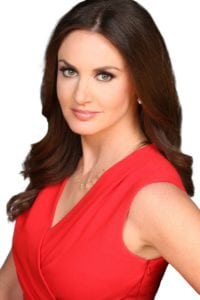 Based in London, Hadley Gamble is a reporter and anchor for CNBC covering the Middle East, Africa and US politics. As anchor of CNBC’s Access: Middle East and Access: Africa, Hadley speaks to world leaders, international CEOs and philanthropists. Recent guests include His Majesty King Abdullah of Jordan, fashion designer Elie Saab and Egyptian President Abdulfattah Al-Sisi. Her range of profiles include the man behind the world’s tallest tower, Emaar Chairman Mohammed Alabbar and the only Western investor to hold a telecom license in North Korea, billionaire Egyptian businessman Naguib Sawiris.

Hadley has covered key events for CNBC including breaking news coverage of the Charlie Hebdo murders in Paris in 2015, the 2014 NATO Summit, the events of the Arab Spring and the Israeli-Palestinian peace process. She regularly reports for CNBC from the World Economic Forum in Davos, and moderates panels on topics ranging from the future of education and infrastructure to the geostrategic outlook for the Middle East.

While Hadley has a long term interest in the Middle East and Africa, 7 years spent covering US politics have left their mark. An experienced journalist, Hadley has also worked for ABC News and Fox News in Washington, DC producing news programmes and covering national and international political events, including the 2008 Presidential Debates, Election Night 2008 and the Inauguration of US President Barack Obama.