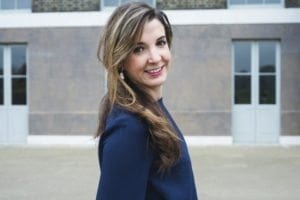 Tessy de Nassau, Director and Co-Founder of Professors Without Borders

Tessy is founder and partner of the Global consultancy ‘ finding Butterflies’. Some of her clients projects include the new global partnership with the Montessori St. Nicholas Group in the UK and Vodafone global. Tessy is also the newly appointed associate at LSEideas at the London School of Economics.

Her commitments to education can also be seen in her Foundation, Professors Without Borders – that brings top-level educators and global experts to the doorsteps of students worldwide, in order to develop talent.

Moreover, Tessy is an ambassador for UNAIDS (Global Advocate for Young Women and Adolescent Girls) and is the patron to UNA-UK. In the past, She spent five years in the Luxembourg military, during which she was deployed in Kosovo as a peacekeeper and only woman of her draft.

Tessy actively promotes a number of issues, including global health and women’s rights. She is passionate about pushing her different agendas to benefit the Sustainable Development Goals and has committed her time and energy to furthering the work of organisations in which she believes in. Moreover, she is actively committed to strengthening basic human rights for all and empowering young women and adolescent girls around the world. She received the Woman of the Decade award from the Women Economic Forum in January 2017, the Humanities medal for spreading humanistic ideas worldwide and the Global Empowerment Award for her work in Africa. She was named “Leader of the Year 2019” by the Leadership Academy in Luxembourg.

Tessy received her Honorary Doctorate for her work in and around education globally by the Paris College of Arts in May 2019.

Tessy holds an MSc in International Studies and Diplomacy. Currently, Tessy lives in London with her two sons, but is often traveling for her various work projects.