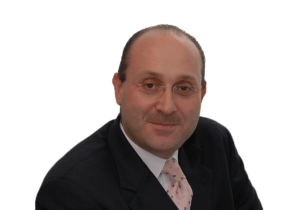 Fredrick Sabty is the Vice President, Hospitality for Avaya worldwide. An experienced veteran of the communications, hospitality and business services industry, Frederick is responsible for delivering industry-specific solutions to the world’s hospitality providers, and is a member of the core leadership team for Avaya’s global business in his vertical.
Frederick joined Avaya in early 2007, contributing more than a decade of experience in hospitality-specific consultancy. He has been working in the Middle East since 2000 and prior to his role at Avaya, he was the Director of Information Technology for the Jumeirah Group Burj Al Arab. Frederick has been a key implementer of integrated solutions for hotels in the Middle East and around the world, and is a spokesperson for both business and technology-driven innovations in the industry. Frederick has a degree in Interior Architecture from the Haute École d’Art et de Design de Genève in Switzerland.
Frederick’s work empowers the hospitality industry, and his portfolio includes hospitals, hotels and other tourism-related enterprises Avaya customers worldwide. 9 out of 10 luxury hotel brands in the world are customers of Avaya, and Frederick enables them to enhance their customer experiences through communications, software, and networking solutions, developing their competitive advantage.