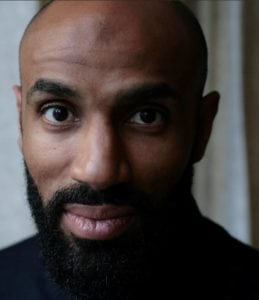 Frédéric Kanouté is a one of the most prolific African footballers of the modern era. A former African Footballer of the Year, Freddie was capped 39 times for Mali, scoring 23 goals and playing a vital role in propelling Mali to the final of the African Cup of Nations in 2010.

He had a distinguished domestic career, playing in the French and English top tier leagues before moving to Seville in Spain, where he helped guide the club to two UEFA Cup victories, a UEFA Super Cup, a Super Copa De Espana and two Copa Del Rey trophies between 2005-12. In recognition of his success, Freddie is now an official global La Liga ambassador alongside luminaries such as Luis Figo, Roberto Carlos, Patrick Kluivert and Gaizka Mendieta.

Freddie is a longstanding and committed philanthropist. Following a brief spell with Beijing Guoan in China in 2012, Freddie retired to Dubai to set up the KAFO (an abbreviation of ‘Kanoute Football’) youth academy and to continue his charity work. He has previously worked with global organisations including UNICEF and Making Poverty History and been lauded for his efforts in raising awareness and funds for a number of causes, including Champions for Africa.

The primary focus of Freddie’s philanthropic efforts, however, is the Kanouté Foundation, an initiative he established in 2004. A central pillar of the foundation is the Sakina Village Orphanage in Mali, an holistic charity project designed to help vulnerable children by providing them with housing, healthcare and an education, and the skills to break the cycle of poverty.