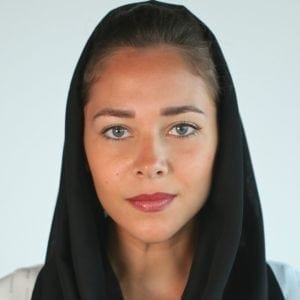 Fatima Al-Banawi holds a Masters Degree in Theological Studies with a focus on Women, Gender, and Islamic Studies from Harvard University. Prior to her masters, Al-Banawi graduated with a degree in Counseling Psychology and worked against violence at the Family Protection Society in her home city Jeddah, Saudi Arabia. Al-Banawi combines consultancy, storytelling, and performance in her field to deepen the conversation and strengthen the bridge between social impact work and the arts. She has co-founded the Theatre of the Oppressed Jeddah Chapter in 2010 and staged one of its plays at Harvard Arab Weekend in 2014. Later in 2015, Al-Banawi launched The Other Story Project, a platform that documents personal life stories from people and reproduces them in art form; today’s almost 1500 collected story aim for psychosocial development and a shared humanity. In 2016, Al-Banawi became known for her debut in the celebrated Saudi feature film, Barakah Meets Barakah.