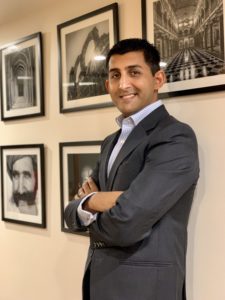 Dr. Marcus Ranney has served as a medical officer in the Royal Air Force and at NASA’s Kennedy Space Center. His passion for extreme physiology has stemmed for more a decade, conducting field research across the planet. His expeditions have led him climbing the sides of Everest, skiing in the Arctic and the European Alps.

After practicing clinical medicine in London, in 2011, he made the transition to Mumbai where he has worked within the Healthcare and Life-sciences industry as a Strategic Advisor and Venture Capitalist, work which led to the creation of one of the region’s largest portfolios of digital health assets that worked towards improving the health and wellness of individuals through the power of mobile technology.

In 2013, the World Economic Forum appointed him as a Global Shaper. Working as a Futurist, his current research is focused on what the future of health and society will look like in 2030. A champion of wellbeing, Marcus is a big believer that sustainably improving the lives of billions of people the world over can only be brought about by enhancing the positive aspects of health rather than focusing solely on pathogenesis and disease.

Marcus is a keen athlete and long-distance runner, he holds a Guinness World Record for backwards running(!) and thoroughly enjoys being a father to his two young children.