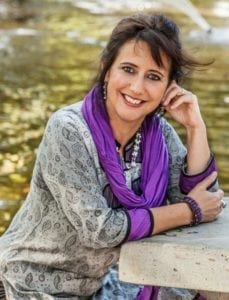 Dr. Lia Beltrami was born in 1967 in Trento, a historical city in the Italian Alps. There she obtained a Scientific high school diploma and proceeded to attend University of Trento. She graduated in Modern Languages with the title of Dr in 1991.

In 1993, she studied Filmmaking at the New York Film Academy, which led to her founding her first film company, Lalibela Films. From 1993 onwards, she dedicated her work to promote and develop projects for public health and women’s empowerment in various countries in Africa, such as Ethiopia, Mozambique, Ghana, Zimbabwe and Uganda.

In 1997, she founded Religion Today, a film festival aimed to explore inter-religious dialogue and promoting Peace. She directed the festival for 11 years, helping it gain a large international presence.

From 2008 until 2015, she was Councillor for Solidarity and Coexistence in the Trentino region. Her mandate was issued on the areas of Immigration, Women’s Rights and Equal Opportunities, and she led and oversaw 125 projects in the area of International Cooperation.

In 2009, she started Women of Faith for Peace, which began as a group of eight women, all leaders in their communities and all from different faiths and ethnicities in the Middle East. The group aims to inspire and encourage women to engage in the peace process in the area. Women of Faith for Peace has now expanded and includes a much larger group of women, and it led to Lia receiving the Golden Lion for Peace 2017 in Venice.

Since 2014, she is the CEO of Aurora Vision, a media company that has so far produced 27 documentaries and reportages. Out of these, she has directed the following award-winning documentaries: Alganesh, on Eritrean refugee camps; Wonderful Tapestry of Life, on the inspiring life of Hon. Anita Evelyn Stokes Heyford; Viva Kino! about Father Kino and the current issue of the border US\Mexico; Ukon the Samurai, about the life of a samurai declared Blessed.  Heroes Without Capes, about the health system in Uganda; Teardrop in the Ocean, about children endangerment cases in Sri Lanka.

She was the artistic director of the Vatican Pavilion at the Milan Expo in 2015, which was awarded the Golden Medal as the Pavilion with the most relevant and well-developed theme. She reprised this role in 2017 for the Expo in Astana (Kazakhstan).

She is currently promoting two major public health projects in Africa, ideated by her over the past five years.

Throughout her career, she has written several columns and five books, the latest of which is her autobiography.

Since 2016, she is a permanent advisor at the Dhaka Film Festival in Bangladesh. Since 2018, she is also the Delegate for Inter-Religious Dialogue of the Ordo Fratres Minorem, and most recently, she has been appointed as the Representative of Religions for Peace International at the FAO –UN.

She is married to musician and composer Alberto Beltrami, and they have two daughters.