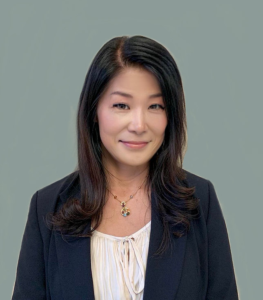 Based in Zurich for over 30 years, Katsura has an expansive career in global family office advisory and private banking. She began her career with Ernst & Young heading the Japan desk in Zurich for 20 years (service lines of Audit, Tax and Transaction). While working at Ernst & Young she obtained her Doctorate degree of Business and Administration at University of South Australia, Adelaide in 2006 and dealt with Japanese MNC CEOs and owners of Japanese companies. Her Thesis was about perceptional differences in European and Japanese wealthy families.

Katsura published a book for the Japanese market in January 2011 from a Japanese publisher Shogo Horei sha titled “Money Lessons for the Japanese – All about family offices”. She has written articles for different financial and business magazines and newsletters and is a frequent speaker at conferences, seminars, associations, universities and companies. In 2001 she founded the Care Team Japan in Switzerland.
​
Katsura has held leadership roles in several companies in the family office services, asset protection advisory, and tax advisory space in Switzerland and Japan. Since 2019, she is a Member of the Board of Directors and Head of Family Office Investment Relations of Green Sands Equity headquartered in Silicon Valley and an advisor of The Aster Club with headquarters in New York. She founded Katsura Suzuki GmbH in Zug and is also founding partner and president of FAMOS Family Office Services GmbH in Zurich. From Reiwa era, she decided to focus on her mission and vision, and experiment with the implied actions. Currently she is writing a book titled “Invisible Gift”.