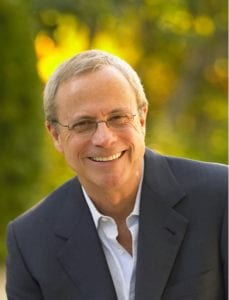 “One of the world’s most influential thinkers” — Fast Company

David Allen is an author, consultant, executive coach, and international lecturer. He is widely recognized as the world’s leading authority on personal and organizational productivity. He is founder of the David Allen Company, which provides services designed to increase performance, capacity and aligned execution through its global partners. Clients include some of the world’s most prestigious corporations, including over 40% of the Fortune 100.

His thirty-five years of pioneering research, coaching and education of some of the world’s highest-performing professionals has earned him Forbes’ recognition as one of the “Top five executive coaches” in the United States, and as one of the “Top 100 thought leaders” by Leadership Magazine.

Fast Company hailed David Allen “One of the world’s most influential thinkers” in the arena of personal productivity, for his outstanding programs and writing on time and stress management, the power of aligned focus and vision, and his ground-breaking methodologies in management and executive peak performance.

David is the author of three books; the international bestseller, Getting Things Done: the Art of Stress-Free Productivity (popularly known by the brand shorthand of GTD®), Ready for Anything, and Making It All Work: Winning at the Game of Work and Business of Life. Getting Things Done has been a perennial business bestseller since it’s publication in 2001, and the 2015 revised edition is now published in 30 languages. TIME magazine heralded Getting Things Done as “The defining self-help business book of its time.”

GTD has an international following of adopters in corporate enterprises, institutions and entrepreneurs. It has given rise to a thriving GTD industry of websites, blogs and software applications. Internet searches bring up tens of millions of references. David Allen is a rarity in the Twitter world, as one of the few non-celebrities with over a million followers hanging on his informative wit and inspiration. PC Magazine noted him as one of the “Top One Hundred to Follow” on Twitter.