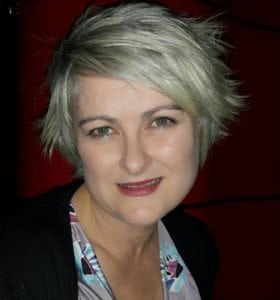 Adele Myers is an Artist and Filmmaker living in Fujairah UAE, teaching Applied Communication, with a major in Filmmaking. Her work, in the main concentrates on creating poem film adaptations. These films have been screened internationally in film and literature festivals as well as Art Galleries, including a retrospective of her work at Dimensions Arts Centre, Chongqing China

In 2014 and again in 2017 she was invited to create work for The Poetry Society’s prestigious National Poetry Prize, creating work, which uses dance to explore the shapes and rhythm of the poems’ themes.

She is the founder and artistic Director of Bokeh Yeah! Originally launched in Manchester. A DSLR Academy of sorts, providing video and production training, networking and film opportunities for DLSR Filmmakers based in UK. The group under her direction has produced poem films and music videos that have gained international recognition. Since her move to the UAE, she has adapted the ideas of the group to poem film workshops in both China and Zimbabwe.

Adele Myers will discuss the poem film genre and how she gets her inspiration from poetry. Whilst showing examples of her work, she will relay the techniques she uses to create the beautiful and timeless quality her work evokes and how she works with actors and sound to blend all the elements together.