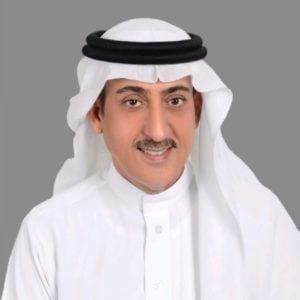 Abdulmalik AlSheikh is the Senior Advisor at the Saudi Arabian Monetary Authority (SAMA). Before appointed as the as Senior Advisor he was the General Manager of Payment Systems (formerly Banking Technology Department) SAMA, the central bank of Saudi Arabia. The department is responsible for the operation of the following payment systems infrastructure: • Saudi Payments Network (SPAN) – National ATM and POS Switch

Mr. AlSheikh looks after on the development; operations, support and maintenance of those services. Mr. AlSheikh has more than 20 years’ experience in the banking industry. He is currently working on a new initiative that will shift the Saudi banking industry to electronic transactions, both in retail and corporate, which includes prepaid cards, electronic invoicing, mobile payments and others. He has also been speaker or panelist at numerous banking and financial industry conferences. He reports directly to the Deputy Governor for Banking Operations. He joined SAMA in 1989. He holds a Bachelor Degree in Computer Engineering from King Saud University, Riyadh, Saudi Arabia.