What you need to know before your next round of funding 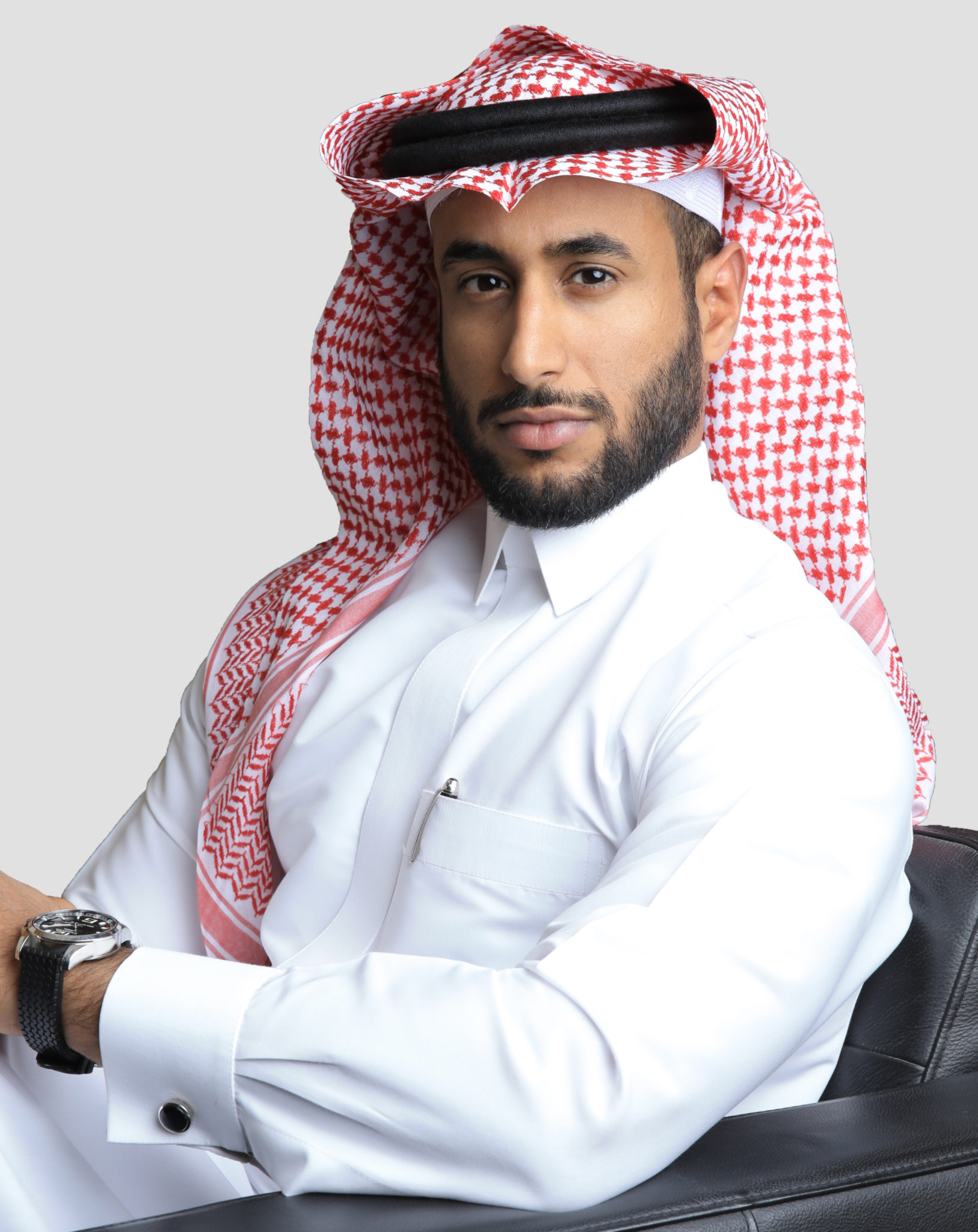 At the PEVC Summit Saudi Arabia 2017, iNet was one of the dozens of investors who contributed to deals. Ahead of the 2018 edition of the Summit, iNet Managing Director of Investments, Abdullah AlTamami, shares his essential market insights and reveals where to look for the next round of capital. Organisations seeking investments can submit their information here to learn more about opportunities in the area.

At the PEVC Summit Saudi Arabia 2017, Integrated Networks (iNet) played a vital role in raising Series A capital for Loyyal, a blockchain innovator developing a revolutionary global loyalty network. Along with such prominent backers as UAE Exchange, Hayaat Group and Day One Investors, the stake allowed Loyyal to complete development of its platform and accelerate the product’s long-term market strategy with its advisor and first client, Deloitte.

Before the next edition of the PEVC Summit, iNet Managing Director of Investments, Abdullah AlTamami talks about the current investment ecosystem in the Kingdom, providing essential insight for startups looking to raise capital in 2018.

How is the transition from a cash to cashless economy going across the region?

It has been going extremely well. If you look at the e-commerce/e-payment space, organic growth there has been higher than 100% YoY. The MENA e-commerce market is forecast to reach US$200 billion by 2020, according to the MENA Private Equity Association Report for 2016.

Along with global entrants fueling the space, for instance, Amazon buying Souq, we see many local banks and telcos starting to develop and launch cashless products to spur the sector even further. An anecdotal trend we have experienced in one of our portfolio companies, Eco4Pay, is the increasing demand for virtual cards and virtual wallets for labour payroll management, which is dramatically increasing not only cashless disbursement of wages but also facilitating cashless activity uses for labour personnel on the virtual account.

Where do you see this going in the future?

We see the space continuing to grow, and more venture money as well as R&D from large institutions – including banks and telcos – increasing dramatically. We expect to continue investing towards a cashless economy across the spectrums of payment gateways, consumer solutions (mPOS), and P2P instruments as virtual wallets.

How has the funding scenario in Saudi Arabia changed over the last two to three years?

Funding has increased exponentially, driven by new Saudi VCs such as Raed Ventures and Vision Ventures, and larger funds such as STV from Saudi Telecom Company, which totals $500 million of new ready funding. This is further supported by local government initiatives such as Fund of Funds by the PIF for VCs and PEs, as well as deregulation in the SME space. Moreover, the SME Authority has announced approximately $15 billion in new initiatives across different support levels, from government and VC to co-investments, and has established cost subsidies for SMEs, as well as setting up entrepreneurial hubs to nurture the ecosystem.

With the sharp rise in interest in tech investments, are family offices and corporate VCs emerging as a new source of funding for startups?

Yes, but moderately. Family offices are starting to expose themselves to the VC asset class, but the drive from Corporate VCs as well as government initiatives mentioned above are the real immediate drivers for this sector. For us to see more money into VC, we need to see more success stories of larger funding validated by global VC Firms, and clearer exit paths. We have seen a few acquisitions here and there, but not enough to set a trend and pave the way for up and coming Startups. We need more, and it’ll just take further local investments, government support and time, to reach that level.

How will corporate VC involvement benefit the ecosystem?

Speaking from our experience, we started about five years ago investing in VC. Back then, there were only a handful of investors from Saudi interested in VC, primarily Al Tayyar, STC Ventures, MBC Ventures, iNet, and a few others. Now, this has increased substantially, and corporates have started to invest in VC funds, as well as create their own firms, as we have seen with Almajdouie Group and Raed Ventures. Moreover, 500 startups have increased their Saudi exposure, thanks to strong advisory and early-stage funding. We expect to see more of this in two ways: corporates investing in local funds and/or corporates establishing their own VC arms. This will be purely driven by the success of the current cohort of startups, from rapid expansion, growth, and attracting global funding, to exits and successful liquidations. We need to see more of this for us to expect further cash injections in the VC asset class.

How are you attracting other co-investors in your transactions or portfolio companies? What are the main challenges that you have faced and how have you overcome them?

In terms of Saudi, attracting co-investors for local startups is still early, even though there are success stories, such as Almosafer, the travel agency. Still, being the largest market in MENA, Saudi has attracted most successful regional startups to establish countrywide branches and train talents who will benefit the ecosystem in the long run.

It has been shown for a startup to scale its sales operations in Saudi, they need to be on the ground. This has happened with Souq, HyperPay, Careem, and others. We expect this to have a long-lasting effect in the country, as founders are usually ex-seniors from other successful startups.

In terms of iNet attracting co-investors, we look at it a bit differently. We believe the first burden of attraction is on the startup, it has to validate itself before anyone can validate it. Investors should not invest in a startup because another investor invested in it. After that has been established, and we are convinced to invest, we utilise our understanding of the business to illustrate to other strategic investors on how it will become a successful venture.

One of the things we learned early on, is not to pursue investors for money. You need to pursue them for what’s beyond money, because with this approach, not only will you get the money, but also convince the strategic investor why they themselves alone can exponentially grow this company’s value, benefitting themselves the most with the best ROI breakdown. Ultimately, everyone ends up a winner.

Going after money only is a weak approach and sells the company too short, as it causes overly long fundraising, where most solicited investors have no idea what this business is or why it’ll be big. Go after those who will know what you’re talking about, and convince them why a collaboration (with an investment) is the best scenario for all.

Besides funding, how do you partner with third-party companies? What’s the long-term goal of these investments?

The long-term goal has to be profitability and building sustainable companies. Exiting by selloff is a byproduct of creating successful platforms. Let’s take the banking sector for example in Saudi Arabia. As a whole, it has been extremely supportive of Payment Service Providers (PSPs), as HyperPay, in offering their solutions to local clients who have been long-term customers. Local support of strong banking partners, in this case, has underpinned the success of emerging companies, giving legitimacy to the solutions they provide as the payments landscape evolves from bricks and mortar to e-commerce. We expect this to repeat in other verticals.

The way we approach partners is best described as a win-win for all. We have to convince third-parties that there is a business benefit for them to join arms, for example, revenue sharing. Otherwise, it’s futile, nobody is going to do business favours for nothing valuable in return. We recognise the game and play it accordingly.

Can you share an example of a successful collaboration with a company you funded?

Yes. HyperPay is a success story of local Saudi support with great team execution. We have not only funded the company with a number of large investment tickets but also facilitated local banking partnerships to grow and tackle the market horizontally. In one year, we helped HyperPay to partner and contract with eight Saudi banks, offering online payment gateway solutions to their clients. This record was unprecedented in the whole payment gateway market across MENA. We also set up the company’s HR strategy for Saudi Arabia, to ensure they attract the best talent and executed jointly with HyperPay to do so. HyperPay scaled operations, sales, and B2B partnerships, and we continued to be the bedrock of their Saudi support. Now they are large enough to sustain themselves and strong enough to execute the exponential YoY volume growth they have been achieving. Still, to this day we hold a major share in the company as well as an active seat on the Board of Directors.

Given your international deal flow exposure, what’s your take on regional investors backing international companies with a potential market in the GCC?

This is still an ongoing process and has not reached its full potential across all verticals in Saudi. We expect to see more activity in this area, specifically in the e-commerce, fintech, cyber-security, and blockchain sectors. Speaking of the latter, we MITC recently announced a partnership with ConsenSys that will facilitate its expansion into blockchain technologies, exploring how it can enhance government workflows and data safety by utilising its Distributed Ledger Technology (DLT).

Such partnerships are great news for innovation – the GCC region is unique in its flexibility to grant visas to the best minds across emerging sectors and this will be vital in nurturing its Knowledge Economies. However, we need to remain aware of the responsibility we hold towards local economies. We cannot just facilitate access to international players and have them swoop the market, instead, we need to advocate local hiring and spending. In the end, it is the local economy that will sustain the ecosystem, regardless of what happens to these international entrants.

So, there is an opportunity, but it has to be executed responsibly.

What’s the next focus for iNet?

iNet will continue to invest in technologies where we can add value beyond money. We believe support after the investment stage is as, or more, crucial than the investment itself. Active management and help to rising companies is invaluable and can increase investment returns exponentially. So, in short, we plan to increase our exposure in the VC space, but still be selective in our areas of expertise, primarily concentrating on e-commerce, fintech, data analytics, consumer technologies, security, and others. We also look forward to collaborating further with local and rising VCs, as we strongly believe such collaborations are the way to go when planning expansion beyond Saudi Arabia and even into the global territory.