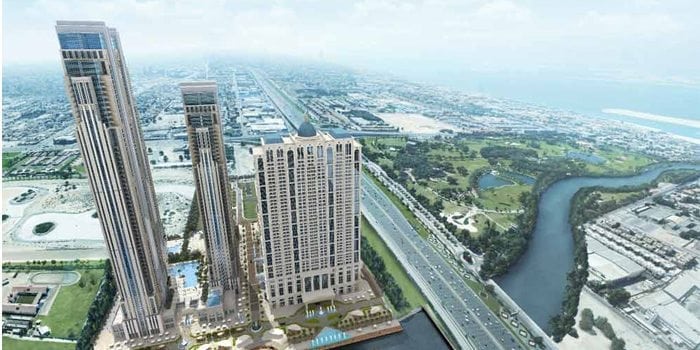 Middle Eastern investors have been responsible for five percent of the sales at the Battersea Power Station redevelopment in London. Investors from the region have bought an entire floor containing 11 luxury penthouses. Saudi-based Sidra Capital, which has 600 million USD in assets under management as of January 2016, recently announced that it will be partnering with Dwyer Property to develop a luxury residential project in London. The development will encompass 10 luxury town houses and a villa on a 1.2 acre site.

Meanwhile, Abu Dhabi Financial Group (ADFG) has won approval to redevelop New Scotland Yard in central London, after acquiring the iconic property for 525 million USD. The property is the current HQ of London’s Met police. The police HQ will be relocated, and the property will be renamed Ten Broadway when the redevelopment is completed in 2021. ADFG is also participating in the redevelopment of No.1 Palace Street, a 302,377 square foot property situated near Buckingham Palace.

“With the Ten Broadway and 1 Palace Street projects in development, ADFG is behind some of London’s most desirable new addresses and the largest projects undertaken in Central London this decade,” said Jassim Alseddiqi, CEO of ADFG.

Naseba is a multinational business facilitation company with 14 years of experience in regional deal facilitation. Our investor introduction division has successfully built and leveraged an extensive network of contacts in the GCC. These contacts include institutional investors, high net worth individuals and members of royalty.

Our investor analysts speak with investors on a daily basis to understand their needs and mandates. The most recent results of these research calls indicate that investors are seeking to divest from the Middle East into core assets in prime property markets, including London.

On May 30th 2016, Naseba will be organising an international Real Estate Investors Meeting in Kuwait City, Kuwait. At the meeting, pre-qualified real estate investment opportunities from around the world will be introduced to liquid investors from the Gulf region, including Saudi Arabia and the UAE.