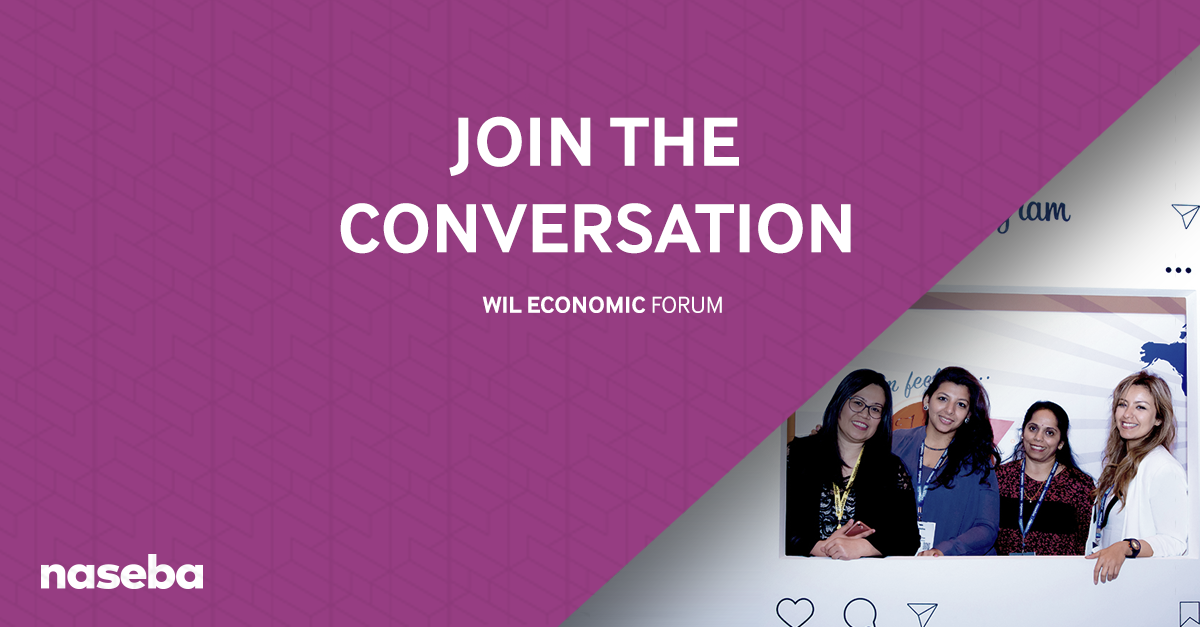 Every share counts in the social media conversation when there’s US$28 trillion at stake, and adding your voice to the mix in support of female economic empowerment, ultimately benefits everyone.

Social media platforms are the new water cooler conversation starter, and liking, sharing or commenting on a personal or professional level is something that 2.46 billion of us do on a regular basis. Global penetration rates continue to grow, with a forecasted 3.02 billion users by 2021 – that’s one-third of the Earth’s population.

Whatever your channel of choice, whether you’re speaking to an Instagram audience built from your own private network, disseminating a corporate diversity and inclusion commitment message via your company intranet, or sharing an inspiring story with the world through Twitter or YouTube, every share sends a message.

This is multiplied exponentially when it comes to supporting female economic empowerment and accessing the US$28 trillion of associated economic value.

A survey of US consumers by Sprout Social found that 66% of people want brands to take stands on important issues, and social media is the place for it with 58% citing social media as a receptive vehicle.
While brands can’t change minds, they can effect change, and whether it’s speaking to an internal audience, varied consumer base, or to industry peers, it’s all about making the message relevant.

Consumers surveyed said that brands are most credible when an issue directly impacts their customers (47%), employees (40%) and business operations (31%).

From SMEs to Fortune 500 companies, brands can support their customer base by acting as a supportive mouthpiece, disseminating positive stories to a wider audience and lobbying for change. Around 48% of Sprout Social survey respondents believe that brands should take a stand on gender equality; that’s a pretty solid starting point if you are considering integrating social media into your communications strategy.

In general, consumer reaction to brands taking a stand via social channels is positive, with “engaged” one of the top three reactions (impressed and intrigued were the others).Interestingly, they want CEOs to speak out, with 59% of respondents noting the importance of business leaders to digitally engage with consumers and followers on social issues.

The average person on the street may have a ‘quieter voice’ than their corporate counterpart but their message is just as relevant and impactful.

In leveraging our personal and professional networks, advocacy can spread far and wide with every one-second share or 500-word blog post. As consumers without a business agenda, we all add immeasurable value to the discussion, but it’s easy to be an ‘obstructor’ rather than a ‘shaper’.

A 2013 week-long Facebook study, in which the company analysed three million posts from user news feeds, found that the more positive posts we view, the more we post. It also found that when there was less posting in general, this was attributable to users seeing less positive updates on their feed; which suggests that negativity kills engagement.

Just as for our corporate friends, individuals also need to consider the ‘perfect storm’ strategy: the right posts, the right audience and the right platform. Make your curated content a conversation starter by asking questions, telling stories, listening – and making content relatable.

H&M – Close the Loop @
In 2015, H&M released an image of Mariah Idrissi, the first hijab-wearing model used in an H&M campaign. Part of the global fashion brand’s Close the Loop recycling initiative, the image went viral on social media, opening the conversation on the potential multi-billion-dollar conservative fashion industry and its place in multicultural world.

GENERAL ELECTRIC – Balance The Equation @
US headquartered General Electric used social media to help launch its 2017 Balance The Equation campaign through which it has committed to hire women to fill 20,000 new STEM roles by 2020. The viral campaign features National Medal of Science in Engineering winner, Millie Dresselhaus, with thousands of comments and retweets of its #BalanceTheEquation hashtag and GE-girls.com website.

BBC – 100 Women @
Launched in 2013, the annual BBC #100women campaign focuses on sharing stories about different women from around the world that are often overlooked by mainstream media; with the goal of making news content more engaging for female audiences. Shared in multiple languages across the broadcaster’s Twitter, Instagram and Facebook feeds, the campaign features world leaders and local heroes in equal measure.