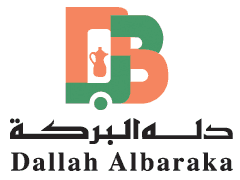 Dallah Albaraka was founded in Riyadh by Sheikh Saleh Kamel in 1969 as a small proprietorship and has evolved over a period of forty years into a diversified international conglomerate, incorporating investments in billions in over 40 countries worldwide. The group impacts on almost every sector of economic life, including trade, real-estate, finance, healthcare, transportation and maintenance and operation.

Dallah Albaraka started its operation in its early days in the field of general services and maintenance, introducing a pioneering example in the contribution of private sector to the public sector’s duties and responsibilities. Other companies followed the lead of Dallah Albaraka after decades.

The contribution of Dallah Albaraka in the governmental services and operation projects expanded to cover transportation and air navigation. Dallah continued performing its unique role and went far beyond geographic boundaries to become an international business enterprise.

Nowadays, Dallah Albaraka Group recruits more than 60,000 employees worldwide and its investments cover a wide range of economic and business activities in Asia, Africa, Europe and North America. We focus in our business on the development of Muslim countries and societies. We can proudly say that we had a positive impact on the lives of most of the Muslim nations all over the world.

Dallah Albaraka Group has been ranked 5th in the top 100 Saudi companies for the last ten years. The group has significantly contributed to community development through a number of educational and training institutions. It has recently established a CSR department to pursue the implementation of a wide- range of social development projects.